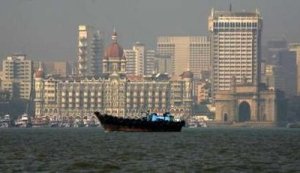 The Burning Taj..
Mumbai and India are still reeling under the aftermath of the terror strikes that invaded the financial capital of India, couple of weeks back.
We seem to be recovering from this massacre, but as an Indian, I do feel that the statements ‘We have come out of it’ or ‘We will eradicate terrorism’ would be an understatement. But over the past 20 years or so, we have been saying this, haven’t we? Every time, a ruthless exhibition of terrorist activities are executed by people, who are extremely self centered and rely on baseless prejudices to justify their actions. More significantly, the people we are talking about have scant respect for human creed. And we, as Indians, are made to believe that these kind of unscruplous people are indispensable.
Shame on us..!!
I would like to share my thoughts about a movie I saw recently, closely related to this particular context. I happened to watch a film, ‘A Wednesday’, couple of months back. Most of us would have missed this, considering our preferences for watching some insane commercial potboilers. Not that ‘A Wednesday’ was unique in its genre, many movies have been made in the past with such a subject. But what enthralled me was the treatment of the subject and the manner in which the protagonist of the film was potrayed was sheer brilliance. And when I was following the terror trail in Mumbai through television, the few scenes of the movie flashed through my mind, as if these terror activities were reciprocating the virtual images of the movie. And it made us all feel so damn helpless.
And what made matters even worse, was the instant comments and reactions of our leaders (Read corrupt and worthless politicians), during and after the terror attacks. It made us feel that for this moment, probably, India has gone back to its pre-independence days, when we were in the clutches of a dominant force (Britishers then, Insiders now). Some of the comments made were extremely painful, and reflected the sorry state of our country. It again brings forth, the importance and need of Reliable, Bold and Dynamic Leaders in our country, who, unfortunately, have been fading out in this present system, which is being gradually engulfed by the nasty game of politics and equally encouraged by some of the most influential individuals in our country.
Saying that ‘we need to come out of it’ is an understatement…
We have to.